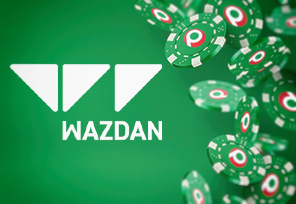 After delivering exciting news just a few days ago, one of the most popular casino software suppliers of premium and incredible online casino releases, Wazdan, continues its string of successes – this time with Paf!

Namely, the developer provided great news last week and said that it once again confirmed its presence in Bulgaria after concluding an agreement with the well-established operator, Alphawin.

And indeed, Wazdan took several key steps in 2022, and the latest deal will seal this year!

As stated, Wazdan has joined forces with one of the most acclaimed operators in the industry, Paf.

The agreement marked a major milestone for both parties, and will see the launch of the provider’s top-tier portfolio further across Spain!

Based on the deal, Wazdan will deliver to the new partner’s platform an array of its best and highest quality titles, which have proven to be one of the most popular among players across the globe!

Those online games will be available to punters via Paf.es, and the operator’s games section will now be expanded with the terrific title 9 Burning Dragons™!

Also, the giants announced that Larry the Leprechaun, Fortune Reels, 9 Lions, and Hot Slot™: 777 Crown may join this launch in the future.

Paf is one of the well-established operators that was founded and owned by the government of Åland. The company is present in several key markets including Finland, Sweden, Estonia, Latvia, and Spain.

Paf has been cooperating with Wazdan for a long time, and as announced, Spain is “the 6th market Wazdan has strengthened its position in via Paf.”

Commenting on the deal, Bekki D’Agata, Wazdan’s Commercial Director, said: “Paf is renowned in the industry as an operator that ensures its customers are getting the best experience possible and we’re delighted to partner with them. Our portfolio is packed with titles that players in Spain find refreshing and engaging, and we look forward to working together with Paf to further enhance our content’s reach in the country.”

Eric Castro Head of Games Content at Paf said:“Wazdan is an incredibly exciting developer that consistently produces dynamic games with innovative features and solid math models. We’re deeply intrigued to see more of their games added to our casino and look forward to seeing more from their ambitious roadmap.”

We believe that these two brands will continue their successful collaboration and that we can expect more great news in 2023!

The post Wazdan Goes Live with Paf in Spain! first appeared on RealMoneyAction.com.