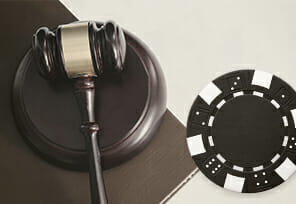 Similar to previous months, the majority of US states are continuing to open their doors to various online and sports betting activities and work on the accompanying rules to get the market started. Scandinavia has been busy tightening player protection measures, while the UK increased some taxes.

What follows is an overview of the most important regulations from the gambling industry from all over the world. The special accent is put on the United State and Europe, as the most dynamic markets.

Arizona: Within less than three months, the state will open its sports betting market, as The Department of Gaming set 09 September 2021 as a provisional launch date.

Louisiana: The Senate approved SB247 to allow and regulate retail and mobile sports betting in the state. The bill progressed to the Governor for final approval. As far as the Bill defines, there will be a tax rate of 10% of the gross win on retail and 15% on mobile sports wagering.

Maine: Following the newest amendments, SB1352 which aims to allow retail and online sports wagering would limit sports betting certificates to casinos only. It’s submitted to the Governor for final approval.

Ohio: To increase the number of permissions to be awarded, Bill SB176, which aims to authorize online and retail sports betting was amended. As per the modified version, 25 online licenses will be granted (limited to one skin) along with 23 retail licenses. In addition to this, the launch date of the market was postponed to 01 April 2022. The bill progressed to the House for consideration.

Pennsylvania: The Commonwealth Court of Pennsylvania ruled in favor of the State Lottery’s right to offer instant games online. As explained, they don’t contain any of the key features of slot machines, which is why they don’t breach the current legislation.

Washington: Renegotiated gaming compacts with 15 tribes, which include sports betting, approved by the Gambling Commission are now been sent to the Governor’s office for his signature.

Recap of Regulations from Nordic Countries

Denmark: According to the newest ruling by Danish High Court, Internet service providers (ISPs) are legally required to block unlicensed gambling sites requested by Spillemyndigheden. A number of internet providers had argued that the regulator was required to prove citizens from Denmark had been gambling on the websites before requesting them to be blocked. However, the Court found that Spillemyndigheden is able to demand ISP blocks if they can prove that those platforms had been targeting the market without a license.

Norway: The Government formally submitted the new Gambling Act which would consolidate the country’s existing gambling legislation into one unified act. This version includes new measures which enable Gaming Authority to detect and sanction unlicensed operators and affiliates active in the market. Also, the act also incorporates a ban on gambling with credit cards and mandated accountability measures for all operators.

Finland: Veikkaus introduced a daily maximum loss limit of €1.5k for bets on final match results as well as mandatory ID validations across all land-based betting facilities. Furthermore, the operator also announced that it would complete the integration of mandatory ID verification across all its gaming machines in July 2021.

On top of that, the government confirmed that restrictions on customer’s daily and monthly loss limits for online gaming would be permanent. The regulations decreased the maximum loss limit applied to interactive gaming machines, table games, bingo, and instant win lottery games from €2k to €500 per day, and the monthly loss limit was set at €2k.

What About the iGaming Market of Germany?

The DSWV and EGBA appealed against the suggested 5.3% turnover tax for the online gaming market. Stating that the proposed taxation regime would constitute illegal state aid as it would give an advantage to land-based operators, the industry trade body filed a complaint with the European Commission.

Also, the state of Sachsen-Anhalt released the details of the technical regulations which would govern the country’s online gaming industry. Under the regulations, operators must register with two central monitoring systems to ensure consumers won’t go beyond the monthly deposit limits by gambling with more than one venue.

Finally, the Bill which sets a 5.3% turnover tax on iGaming including for unlicensed games that are operated illegally, was passed by the Bundestag’s Finance Committee. Even though it is expected to be a pure formality, the bill will be subject to a House vote, as the new Treaty is scheduled to be implemented on 1 July.

Italy: The EGBA appealed to the Italian authorities to notify the European Commission of proposals to decrease the number of interactive gambling operators running the business in this region. The proposals were submitted in November 2019 but need to go through EC for consideration before they can take effect.

Ukraine: Parliament voted in favor of progressing gambling tax legislation to a second reading. According to the Bill, a uniform tax on all gambling of 10% of gross win will be imposed. Moreover, KRAIL came up with the consumer protection regulations that will be implemented to protect citizens following the expansion of the country’s gambling market. The said regulations come with multiple protection tools: self-exclusion, deposit limits and view time spent playing. Also, the regulations included a ban on operators extending promotional campaigns as a result of a customer losing money.

The Rest of the World

Kenya: The City of Nairobi enacted new legislation to govern gambling within the city. The bill established a local licensing and taxation regime with licenses awarded for all gambling verticals and a universal tax of 10% on the gross win. Also, Leading Kenyan football clubs have spoken out against the proposal to reintroduce a 20% turnover tax on sports betting, saying that it will rule out continued sponsorship of the sport and lead to the collapse of most of the league’s teams.

Mexico: Congressman Erik Isaac Morales Elvira presented a proposal to expand the regulation of sports betting in Mexico. This initiative aims to reform The Betting and Raffles Law of 1947 to give the Ministry of the Interior (SEGOB) the power to authorize and supervise this activity.