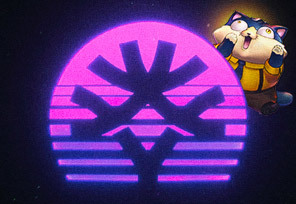 Yggdrasil, a top-class developer and publisher of online gambling content, has become RNG Casino Provider of The Year at the International Gaming Awards (IGA), one of the biggest events in the industry on a global scale. For the Stockholm-headquartered company, it is the sixth consecutive year to win a prize at the prestigious event, confirming the highest quality of Yggdrasil’s products and its key role in the development of iGaming.

Since its inception in 2008, the International Gaming Awards celebrate the very best operators and service providers in online gambling, rewarding their achievements in all main fields of the industry. This year the awards were held at the fashionable Savoy Hotel in London to honor those who have contributed to one more successful year for all members of the iGaming community.

Yggdrasil, widely renowned for its broad range of ground-breaking products and top-notch casino platform, became the winner in the RNG Casino Provider of The Year category, established to honor the supplier that offers excellence in product development, innovation, and user experience. Games from this brand boast the most consistent return to player rate, at the same time, providing the best possible return on investment for operators.

The achievement of such impressive results has been possible largely thanks to the company’s revolutionary GATI technology. The latter enables partners to take advantage of the preconfigured, regulation-ready, standardized development toolkit in order to produce consistently state-of-the-art content followed by rapid distribution.

“This is the sixth time in a row we’ve picked up an award at the International Gaming Awards. It is proof that our focus on Innovation, quality and ensuring that content is great across the board with solid mechanics and mathematics, whilst telling a good story, pays off.

“It shows that all hard work put in to developing our ground-breaking GATI platform further improves our position in the market as an industry disruptor. To win a second award so early on in the year, especially one as prestigious as this, fills me with pride. We couldn’t have asked for a better start to this year’s ICE week if we’d tried.”

In the world of online gaming, the brand is best known for its action-packed slots and a host of revolutionary reel mechanics such as GigaBlox, MultiMax, Splitz, GigaRise, and DoubleMax. The company’s latest release Lollipop launched in cooperation with AvatarUX is enhanced with the PopWins mechanic intended to boost player experience by creating extra chances to land a win and increasing average hit rates in the base game.

The post Yggdrasil Becomes RNG Casino Provider of The Year at the IGA 2022 first appeared on RealMoneyAction.com.