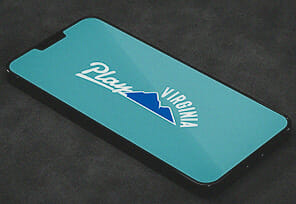 Virginia’s sports betting industry has just recorded the best possible result in betting volume. According to the reports for October, five weekends of football resulted in wagering of over $427m. This was the record month boosted by the launch of the NBA season plus the baseball’s postseason. The record made Virginia the fastest state in U.S. history to come to $2 billion in lifetime bets, according to PlayVirginia, which gathers info about Virginia’s sports betting market.

“With a calendar that included an extra weekend of NFL and college football, the opening of the NBA and NHL seasons, and baseball’s postseason, October was the best opportunity so far for Virginia sportsbooks and the results did not disappoint. A strong start to the football season shows a maturing market with an increasing number of operators launching and a base of bettors that are increasingly comfortable with online sports betting.”

He adds that the success of regional teams is an enticement for would-be bettors and this is especially true when fans of franchises such as the Redskins and Wizards, have reason to get excited.

More Details About the Record

Virginia’s online sportsbooks brought $427.3 million in wagers in October, overcoming the previous achievement of $304.1 million from March, based on the report by The Virginia Lottery. The total handle was up 45.4% from $293.9m in September and the volume grew to $13.8 million per day during 31 days of October from $9.8m in September.

Since the official launch in January 2021, Virginia has made:

Speaking on the powerful performance of the state, an analyst for the PlayUSA.com Network, Eric Ramsey, said:

“It’s hard to imagine a better start for Virginia’s sports betting industry. The brisk action over the last two months is raising the bar for the entire market, too. Not only are more Virginians betting, but they are expanding their interest in less conventional wagers such as in-game betting.”

The post $427 Million In Bets Made on Virginia Sportsbooks in October first appeared on RealMoneyAction.com.