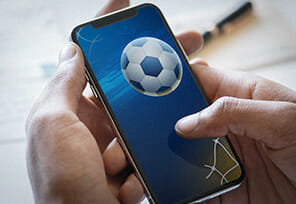 Delaware is one of four states exempt from the Professional and Amateur Sports Protection Act passed in 1992. Given this information, this state can offer its residents both land-based and online legal betting.

Since betting is allowed, residents of this country are increasingly deciding to invest money in this type of entertainment. This is evidenced by the increase in revenue in October, in which players invested as much as $12.2m in sports betting.This amount of money has not been invested since December 2019.

Delaware Park reached $615,150 in revenue, which continues to make it the market leader during the month.

Other News Related to Delaware

In addition to the great news about the growth of income in the territory of this country, several other interesting events have attracted the attention of gamblers. Namely, the Delaware District Court received the lawsuit Against DraftKings by Colossus Bets. The latter claims to have warned DraftKings for several years about the use of patents related to sports betting and gaming products that contain the Cash Out feature. The developer will be represented in the case by the well-known law firm DLA Piper.