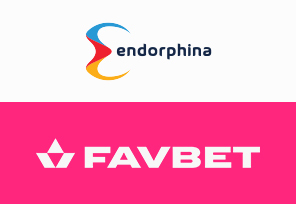 After only a few days from the beginning of this year, one of the popular casino software developers, Endorphina makes another major move to kick off 2023.

Namely, during the previous year, Endorphina concluded major partnerships that helped it to expand drastically, including a collaboration with the well-established B2B brand, FlisGame.

Now, it has teamed up with popular operator, FavBet!

According to the agreement, Endorphina strengthens its presence in Croatia thanks to the collab with FavBet. This means that players from Croatia can engage in their favorite form of entertainment with some of the most popular and innovative online casino games, which have proven to be one of the most popular among players across the globe!

Also, Endorphina stated that it is happy and excited that it will be able to provide players from Croatia with access to its games!

This deal marked a major milestone for the developer who managed to extend cooperation with a well-established operator licensed in Ukraine, Croatia, Romania, and Malta.

Rashad Karimov, Partnership Manager of Endorphina, shares a few words about the partnership:“We are delighted to announce the extension of our existing long-term partnership with Favbet into Croatia! We are extremely happy that our Croatian players will be able to enjoy our top-notch games, such as Lucky Streak and the Hell Hot series on Favbet.hr. We are expecting a fruitful collaboration in Croatia with Favbet.”

Valerii Bezkorovainyi, Head of Casino Retention of Favbet, also shares a few comments: “We are excited to strengthen our partnership with Endorphina by starting a collaboration in Croatia. We have had a very strong collaboration with Endorphina in other markets for years, and we are sure we will have a great outcome from our partnership in Croatia. We look forward to offering our players their favorite games from Endorphina.”

This partnership comes after the successful cooperation between Endorphina and StarCasino, a popular operator, thanks to which the developer strengthened its presence in Italy.

The post Endorphina Extends Partnership with FavBet in Croatia! first appeared on RealMoneyAction.com.