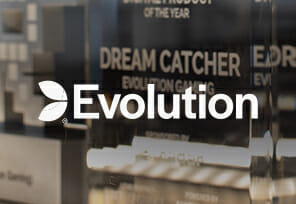 Evolution Gaming, a world-leading provider of live casino content, has just presented its third live casino studio in the United States. Based in Michigan, the studio will serve the fast-increasing market in the state while also attracting regular customers. This is the eleventh live studio from Evolution, opened on July 22 following the official approval from the local regulator, Michigan Gaming Control Board.

The brand-new studio from the company provides award-winning B2B live casino solutions for versatile operators, offering world-class gaming products to online customers across desktop, tablet, and smartphones. Nine operators went live in Michigan from the first day of the launch including the most established ones— Barstool Sports, BetMGM, BetRivers, DraftKings, FanDuel, Golden Nugget, PokerStars, TwinSpires and William Hill, and more will follow soon.

The new launch will also see Evolution live table options such as Infinite Blackjack, standard Blackjack, Baccarat, Roulette, and Auto Roulette live-streamed to operators’ customers in Michigan. It will also continue with the addition of live casino games and game shows to the Evolution offering in Michigan.

What Was Stated About New Launch

Speaking on the new studio, Commercial Director North America at Evolution, Jeff Millar, says that this is another milestone in Evolution’s US growth. The company is fully committed to the latest Michigan market as they launched games from NetEnt across all gaming operators in Michigan shortly after the market opening in January. Thanks to the opening of the new studio, Evolution will be the first provider to offer live casino content in Michigan. He added:

“We are delighted to have created such close partnerships with operators in Michigan and will continue to extend our content offering for this state with further exciting launches over the coming months. Our aim is simple: to excite and entertain players with the best possible choice of world-class gaming and to help operators to maximize their opportunities.”

According to his words, a new Michigan studio is one of the largest and best equipped in the US market, with room for expansion in line with licensees’ needs. Operators are already impressed by the offer and the company already has several requests to deliver dedicated, branded tables for several new brands over the next months.

Evolution Gaming is one of the most eminent software providers in the sector. It acquired NetEnt and Red Tiger in 2020 and now the company works as the leader in the industry.