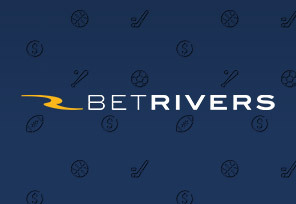 However, after a short break, the brand continues to fulfill its growth plan, as evidenced by the new deal.

Launching New Products in Another State

This popular operator has announced that the casino has partnered with one of the largest casino software developers Evolution and thus became the first casino to offer live dealer casino games in West Virginia.

Live casino titles powered by Evolution will be available to BetRiver’s users via Android devices. Also, punters will have the opportunity to explore these products via the website.

If you decide to check out the offering that this brand has, you will get an exclusive opportunity to take advantage of popular content that includes low stakes blackjack games, Lightning Roulette, baccarat, Ultimate Texas Hold’em and Three Card Poker.

These titles are known to make a player feel like sitting in a land based casino while playing their favorite title from wherever they are.

Also, players will get a chance to receive your payouts quickly.

RSI Chief Executive Officer, Richard Schwartz, said: “We are confident that the Evolution-hosted Live Dealer Casino will prove very popular with our players here as the live dealer game is the closest you can get online to playing in a land-based casino. Many players prefer live dealer options because they watch it happen live, which gives them a higher level of trust in the outcome, “Schwartz said.” We’re excited to now offer BetRivers players the chance to virtually sit and play on Evolution’s world- renowned live tables.”

The developer is the parent company of BetRivers and PlaySugarHouse. It is present in 13 US states, as well as Ontario and Colombia.

RSI is a Chicago, Illinois-based premium iGaming software developer who recently stepped into another Canadian province, Ontario. The company has launched its products in this fast-growing market through its Social Gaming Platform – CASINO4FUN.