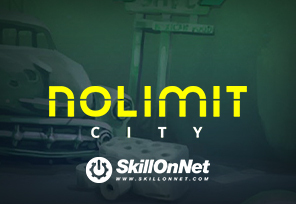 SkillOnNet, one of the leading, award-winning operators in the iGaming industry, has recently expanded its global reach by introducing its online brands PlayOJO, SpinGenie, and SlotsMagic Brands in another recently opened market – Ontario.

However, the company has announced that it has secured a new deal by shaking hands with well-known casino software developer, Nolimit City, to further expand its offering.

The deal between the companies will see the launch of Nolimit’s fantastic portfolio on the platform of this well-known brand.

These fan-favorite games will be available to players who opt for SkillOnNet through the operator’s online brands PlayOJO, MegaCasino, Metal Casino, and The Masked Singer UK.

The casino’s market-leading offering will be expanded with various outstanding titles that have proven to be one of the most popular among punters around the world.

Players will have the opportunity to indulge in their favorite form of entertainment and explore hit titles such as Mental, San Quentin xWays and Tombstone R.I.P., and many others exclusively on the platforms PlayOJO, Slingo, SlotsMagic, SpinGenie, Genting Casino, DrueckGlueck as well as on several others.

Thanks to this collaboration, Nolimit will be among the developers whose products adorn the operator’s games lobby, which at the moment consists of over 3500 titles.

The games have been developed by some of the leading B2B brands in the industry, and they include classic slots, video slots, jackpot slots, table games, instant win, live dealer, and bingo.

SkillOnNet has so far received approval in several key markets in Europe such as the UK, Portugal, Spain, Sweden, Denmark, Germany, and Malta jurisdictions but also in Latin American markets including Peru, Chile, and the newest Mexico.

Of the latest partnership, the reps had the following to say…

Jani Kontturi Head of Games from SkillOnNet said: “Nolimit City has a large and loyal player following thanks to the incredible mechanics that the team has created and integrated into its slots and in particular xWays and xNudge which provide unprecedented thrills and excitement. These mechanics are combined with stunning design that ensures players remain engaged with each slot from the first game round to the last. This makes Nolimit City an excellent addition to our growing portfolio of the best online casino content in the market.”

Malcolm Mizzi, CCO & MD at Nolimit City, added:“SkillOnNet powers a network of the most popular online casino brands in markets across Europe and we are delighted to see our games made available to players on the entire SkillOnNet Network for the first time. We have developed a portfolio of slots that appeal to a wide range of players via different themes, volatilities, mechanics, and features – there really is something for everyone and this widespread appeal will ensure they become firm player favorites at SkillOnNet’s roster of casino brands.”