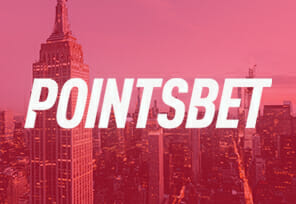 The previous year in New York was very favorable for the iGaming industry. Namely, in this state, there have been major changes in terms of legalizing this type of entertainment. This also applies to mobile sports wagering in the Empire State, which was fully legalized in April last year.

However, although some punters believe that going to retail has its own special charms, other players prefer to stick to online gaming. For this reason, PointsBet has decided to launch its mobile app in New York as well as its digital sports wagering product.

NYSGC to Give the Green Light

PointsBet is a company that has been recommended for a platform provider license that would allow it to expand its business to New York as well. The recommendation was made by The New York State Gaming Commission (NYSGC) in November of last year.

By launching its products in this state, PointsBet has added NY to the list of states in which this app is active including New Jersey, Iowa, Indiana, Illinois, Colorado, Michigan, West Virginia, and Virginia.

Johnny Aitken, PointsBet USA’s CEO, gave his comment on this huge step for his brand, and he said: “Launching in New York is a significant milestone for PointsBet, being one of nine approved online sports betting operators in the state,” he said.

“New York’s passionate sports fans and bettors will now have access to the fastest online sports betting product in the market, with a live, in-game betting experience that PointsBet controls through our proprietary technology and a world-class team that is unrivaled.”

This is another huge milestone for PointsBet. Although the company is present in several US states, launching its application in NY will once again improve the company’s position. With this step towards New York, the brand has expanded its business to another key market in the United States and thus approached its goal – to expand globally.

Although founded in Australia, the brand is headquartered in Denver, CO.

So far, the company has signed several partnerships, including well-known sports organizations and teams such as MLB, NBA, NFL, PGA TOUR …