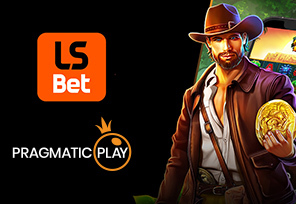 Pragmatic Play, one of the most recognizable and well-established casino software suppliers of premium and engaging content, is known for its premium verticals including online slots, bingo, live casino, and others.

The developer has shown several times so far its desire for global growth through numerous and significant collaborations that helped the company present its portfolio to a wide audience.

A few days ago, this supplier boasted about a new deal! Namely, Pragmatic merged with the innovative platform provider, Technamin, and brought its impressive content to the new partner’s platform!

However, just a few days later, the developer brings us the latest, incredible news!

Pragmatic Play has decided to once again consolidate its position in Europe and bring its popular vertical to one of the key markets in this region.

As announced, the developer has taken another step toward the Dutch market by partnering with one of the industry-leading B2B brands!

This Malta-based developer has shaken hands with Livescore Bet, and the new distribution agreement will see the launch of the supplier’s online slots to the platform of this giant operator.

As part of the deal, Livescore Bet will take an array of impressive and industry-leading online casino games to its platform and thus expand its already wide offering.

Players from the Netherlands can now engage in their favorite form of entertainment on the platform of their choice number one operator with hit releases including the recently launched John Hunter and the Book of Tut Respin™ and Aztec Blaze™ as well as the several award-winning Gates of Olympus™ and Sweet Bonanza™.

Irina Cornides, Chief Operating Officer at Pragmatic Play, said: “We are delighted to begin working with LiveScore Bet in this capacity and look forward to expanding our relationship with the operator in the future. Providing our extensive and high-quality slots portfolio to operators globally is key to our continued development and growth strategy.”

Richard Leask, Marketing Director at LiveScore Group, said:“Following the recent launch of LiveScore Bet in the Dutch market, we are thrilled to announce our partnership with Pragmatic Play. This latest agreement demonstrates our intention to become a leading operator within the region, with Pragmatic Play’s award-winning slot titles that are seen by many players as the epitome of quality. Providing these games to players via LiveScore Bet will offer experiences of the highest standard on a platform of equally high quality.”

The deal with Livescore Bet is just one more in a series of successful cooperations of this Malta-based developer with popular brands. It was preceded by partnerships with NGX Platform, World Sports Betting, Aposta, and many others.