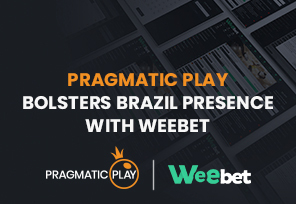 Pragmatic Play, one of the leading and innovative casino software providers known for its premium online slots and outstanding live casino content, announced that it once again strengthened its position in the LatAm region thanks to the new agreement.

This popular provider recently pleased the customers of the operators Gana360 and Loteria del Niño with its titles that are now available on the mentioned platforms. The distribution includes a plethora of amazing products including Gates of Olympus, Bigger Bass Bonanza, and the hugely popular The Dog House Megaways.

The new deal differs very little from the previous one. Namely, this agreement is also very important for the brand and includes the distribution of the developer’s products, which are popular among punters around the world.

Pragmatic is happy to share that it has struck another significant deal with the well-known operator, Weebet, to launch its portfolio in Brazil!

These two brands have announced that plenty of interesting and engaging online casino releases will be included in the distribution. Distribution will include two of Pragmatic’s verticals.

Clients of Weebet will have the opportunity to take advantage of multiple amazing and sought-after online slots including the latest release Gorilla Mayhem, not-so-long-ago launched Big Bass Splash as well as award-winning Gates of Olympus™.

For fans of the “old school” way of gambling, the partners have prepared a selection of live casino releases that will amaze you with their interesting gameplay and fantastic land-based casino atmosphere. The operator’s games library is now enriched with classics such as Roulette and Blackjack as well as more modern products including show-inspired Mega Wheel as well as slot-themed Sweet Bonanza Candyland.

Victor Arias, VP of LatAm operations at Pragmatic Play, said:“We continue to grow our footprint across Latin America, and Brazil is an incredibly exciting market. Taking two products live with Weebet is another positive step for us in the region, as we look to further consolidate our position as the leading supplier in LatAm.”

Lenildo Nogueira, CEO at Weebet, said: “Pragmatic Play has an incredibly well-deserved reputation as one of the foremost providers in our industry, and we’re very happy to partner with them. Being able to take multiple verticals live with a single push of the button is extremely positive for us, and we’re looking forward to working closely together.”

The post Pragmatic Play Confirms Presence in Brazil Thanks to Weebet Deal first appeared on RealMoneyAction.com.