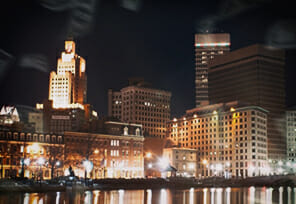 The U.S. state of Rhode Island is the 8th jurisdiction to legalize sports betting.

Revenue figures show how satisfied Rhode Islanders are with the legalization of sports betting. Users in this state funded an incredible $60.2m in the month of October this year. Compared to the previously set record of $41.2m (September this year), October brought in as much as 46.1% higher revenue. In October last year, income amounted to $34.7m, which is 73.5% less than in the same month this year. The total was 73.5% higher than $34.7m in October 2020.

The largest amount of money in the 10th month, more precisely $31.1m, was invested via mobile. However, we must note that the incredible $29.0m users have funded in retail sportsbooks in Rhode Island.

Only two operators in this country possess retail licenses. At Tiverton Casino, customers have invested $7.7m, while in their sister bookmaker, Twin River, players funded a little more, $21.3m.

When we talk about income, we must understand that it is not the entire amount funded by the players. Firstly, part of that money is returned to the players, then the state fee is paid, and only after that is the income calculated. In October this year, that revenue was $3.6m. In the same month last year, revenue was $4.4m, which is 18.2% more than in the 10th month of this year.

As for retail, their revenue is $2.0m for the month while mobile income is as high as $1.6m. Tiverton Casino earned $440,625 in income while Twin River was again slightly better with revenue of $ 1.6m from sports betting.

How much is the player’s profit? Players totaled an incredible $56.6m from sports betting in October.

What about other countries? Rhode Island is the last country to join the broken records. In Nevada, users invested $1.0bn, which was a new monthly record for this state. However, players in New Jersey also broke Nevada’s record with an incredible $1.3bn invested in sports betting also in October this year.

Other countries and records