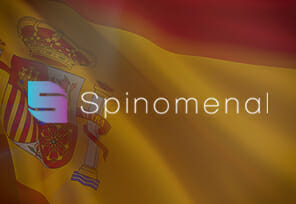 Spinomenal has officially been certified in Spain after receiving a certificate from the Dirección General de Ordenación del Juego (DGOJ). Those who are 18 and older will have the opportunity to enjoy a wide range of the brand’s games.

From now on, Spain will have the opportunity to explore a wide portfolio composed of HTML5 titles from this provider, which also recently signed a deal with Kalamba. Some of the amazing releases that will be available to players are Demi Gods II, Book of Rebirth, Majestic King, and many others.

Although it was relatively recently founded, more precisely in 2014, Spinomenal is not giving up on its growth strategy and expansion to several countries. We can conclude this after witnessing several large partnerships that this company has entered into. The licenses that the brand has recently guaranteed can testify to everything stated above as well. The provider’s team consists between 50 and 200 employed experts, as stated on their Linkedin profile.

Some of the countries where Spinomenal’s titles are available are Lithuania, Sweden, Portugal, South Africa, Belarus, Colombia, Croatia, Georgia, Serbia, Malta, Estonia, Isle Of Man, Spain, and the Netherlands.

This provider is licensed by the Malta Gaming Authority (MGA) so players should not have to worry about the security of this company.

In addition to old iconic hits such as Book of the Divine Reloaded, Book Of Demi Gods 3, and Poseidon’s Rising, Spinomenal boasts some new titles including Western Tales, Age of Pirates 15 Lines, 1 Reel Egypt and Trojan Tales.

They also state that they do not see themselves as a content provider but as an innovation and technology provider considering the Casino Manager Tools, Marketing Tools, Social Deep Integration, Blockchain Honesty Control, Point of Sale, Virtual Lottery Terminals they own.

The post Spinomenal Strengthens Position in Spain After Receiving a Certificate from DGOJ first appeared on RealMoneyAction.com.