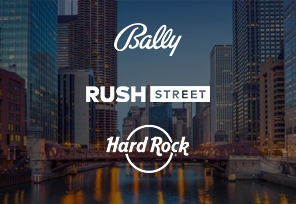 In addition to being one of the favorite types of entertainment among players, iGaming brings benefits to providers, operators, and countries where brands are located as well.

The good news comes straight from Chicago. Namely, it was announced that as many as three brands entered the race for the only casino in this city. The list of candidates includes Bally’s Corporation, Rush Street Interactive, and Hard Rock International.

These brands will do their best to guarantee the license that they need to operate in Chicago.

As is well-known, Chicago has not had a casino for 30 years. The benefits that could arise, if this project is implemented, include an income of about $400m per year as well as the opening of new positions including construction and permanent ones.

Chicago Mayor Lori E. Lightfoot said in a statement: ”We have spent countless hours analyzing each proposal for Chicago’s casino license and have determined Bally’s Tribune, Hard Rock Chicago, and Rivers 78 best fit the core goals we want to achieve for the City’s first integrated casino-resort. Each proposal offers economic, employment, and equity-focused opportunities for Chicago, while simultaneously enhancing the City’s cultural, entertainment, and architectural scenes with world-class amenities and design. Our teams look forward to heading into discussions with the finalists and getting one step closer to bringing this decades-long project to fruition.”

All three brands presented their proposals, which, according to the mayor, set them apart from the competition. For example, Hard Rock will provide Chicago with tribal games if it grants a license.

Bally’s Corporation said that the company offered a $1.74bn casino and hotel whose place would be at the Tribune Publishing Plan. This offer includes 3,400 slot machines as well as 173 table games. In addition to this type of entertainment, visitors could check out a theater that would feature 3,000 seats, a sports museum, a hotel with as many as 500 rooms, a music venue, 6restaurants, and a food court. The company also added that the project would be realized in 2026, and as many as 12,000 people could be employed.

In its offer, Hard Rock announced the construction of this facility, which would be located North of the MPEA convention center, more precisely on ONE Central land. In addition to tribal games, the brand would provide customers with 3,000 slots and 166 table games. The hotel that would be part of the building would also have 500 rooms. Furthermore, visitors could take advantage of a live music space, spa, and a couple of restaurants and lounges. This place would be opened at the end of 2025 with as many as 19,000 jobs from which 3,140 should be permanent.

Last but not least, Rush Street Interactive. The brand said its project would be The 78.

The 78 would be a land-based casino with a value of $1.62bn. It would be located on the south side of Chicago. The facility would feature 2,600 slots and 190 table games as well as 8,000 jobs. However, visitors could also spend time in restaurants, check out the hotel, as well cultural and art spaces.

All brands participating in the competition will be present at the meetings to be held between April 5th and 7th.

The post Three Famous Brands in the Race for Chicago Casino License first appeared on RealMoneyAction.com.